A S’more or smore is traditional nighttime campfire treat in the western countries. It’s made of burn’t or melted marshmallow over the fire and a layer of chocolate ,sandwiched between to pieces of graham crackers or biscuits. It’s a perfect treat for all those people who had a sweet tooth! it’s easy to do and hustle free! All you need is to buy a pack of marshmallow, a stove or bonfire and the biscuits! That’s it! It’s perfect for cold/rainy season matched with coffee or hot tea! 🙂

There are lots/different kinds of s’mores out there in the market which are usually chocolate coated but my version is different, instead of using chocolate, I sprinkled mine with cinnamon powder for flavor which is perfect for coffee and doesn’t add more sweetness because the marshmallow it self is too sweet for me 🙂 so here is it, my own version of s’mores!:) I used tiger biscuits for more vanilla flavor!

You can also make you own version like dipping or coating it with chocolate or used flavored biscuits , you also try adding some jam or spreads, sliced almonds for choco coated. It’s up to you on how you do it! It’s just easy like frying an egg! so that’s it!

BTW this thing was Inspired by the scene of Sulli(fx) in to the beautiful you, a Korean drama, and I made this out of curiosity! Have fun making it!

S’more appears to be a contraction of the phrase, “some more.” While the origin of the dessert is unclear, the first recorded version of the recipe can be found in the publication “Tramping and Trailing with the Girl Scouts” of 1927.  Although it is unknown whether the Girl Scouts were the first to make s’mores, reports on the group as early in 1925 describe them, and there appears to be no earlier claim to this snack. It is unknown when the name was shortened, though recipes for “Some Mores” are in various Girl Scout publications until at least 1973.

One response to “S’mores all you can!”

There was an error retrieving images from Instagram. An attempt will be remade in a few minutes. 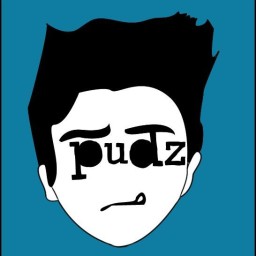